You're never guaranteed a scorching summer in the UK, but when the heat hits, the best fans will keep you cool, calm and collected. Indeed, a good blast of air from a decent fan can keep things bearable and help you get some shuteye when the mercury is rising. Here we’ve rounded up the best fans on the market so that you can find the perfect desk fan for your office, tower fan for your lounge, or whisper-quiet fan to help you sleep at night.

Good fans can be found for as little as £20, with prices rising up to £350 or more if you’re looking for something larger or more stylish. In between, you’ll find brilliant fans of every type, with serious air-pushing power, effective controls and features designed to mimic a natural breeze. Fans can be hard to come by once the heat really kicks in, so it's a good idea to buy early and choose something that's built to last.

If you want a fan right now, check out our at-a-glance list below – you'll find our top desk fan and tower fan picks with a quick link. If you want more details on the best fans, scroll down and read on for all our recommendations.

How to choose the best fan for you

To start, it’s worth making one thing very clear: a fan is not an air conditioning system. While air conditioners actually cool the air, fans simply push the air around. Obviously, this means that even the most effective fan won’t cool as well as one of our best portable air conditioners, but then they’re also much cheaper – both to buy and run. In the UK, with our comparatively mild, dry summers, an air conditioning unit may be overkill anyway.

When it comes to choosing a fan, your decision should largely come down to the size of the area you need to cool. If you’re only interested in keeping yourself comfortable, a small desktop fan will do the job. If you’re looking to cool the lounge or bedroom, a large floor, tower or pedestal fan could be in order. Different fans will also expel air at different angles, with some pushing it around a bigger space and others focusing their power in a narrow cone. Oscillation can also help, with the fan rotating slowly left and right to cool a wider area. Some even tilt upwards and downwards as they do so, although this and the angle of oscillation will differ from fan to fan. Think about your needs and room layout in advance, and look for a lightweight, portable fan if you plan to move it around with you during the day.

The other big issue is noise. There’s no point in having a fan to keep you cool if you can’t sleep through the noise or hear the TV over the racket, and often you’ll need to find a compromise. Nearly all fans offer a choice of speed settings, which makes finding that balance easier, and some have special nighttime modes. Some fans also use noticeably quieter, more energy-efficient motors and blade designs, maximising cooling power while minimising noise.

How we test fans

Our fan tests start with a battery of airflow tests, where we measure the speed of the air pushed through the fan at a distance of 1m with an anemometer. We test at maximum and minimum fan speed settings, plus a medium setting in-between. We also measure sound levels at these settings, along with power consumption at the highest and lowest. From there, we use the fan in a selection of different rooms to gauge how effectively they work in different situations and layouts. We also try out any special modes and get to grips with both the built-in controls and the remote control, if supplied.

Should I buy a desk fan, floor fan, pedestal fan or tower fan?

Desk fans are small, portable and can be picked up for anywhere between £20 and £50 (although pricier designer models are available). Most offer an adjustable tilt so you can direct the airflow, and some have an oscillating feature to create a breeze that sweeps from side to side. Don't discount rechargeable models as they can be remarkably effective.

Floor fans are larger, more powerful and are designed to fill a bigger space. As they’re designed to be used at a distance, they might offer more angles, a wider oscillation range and a remote control. This is handy if you want to turn the fan up or down from the bed or even just pause it while you take a phone call. Otherwise, they’re very similar to desk fans and have the same kind of features – in fact, there’s plenty of overlap between the two.

It’s a similar story with pedestal fans, which are basically more powerful desk fans on a stand that are designed to cool a larger area. You can usually adjust the height, pivot and oscillation to control airflow, but they tend to be bulkier than tower fans so you'll need to make sure you have enough space – both for use and for storage.

This is where tower fans come in. These slimline units blast out air from a tall column, giving you the cooling power of a pedestal fan in a lot less space. Most tower fans also come with a remote control so you can manage airflow without unsticking yourself from the sofa.

Is there anything else worth looking out for?

Fans aren’t generally that expensive to run – even the most powerful models we’ve tested use around 40W when running at maximum speed. However, the most energy-efficient models we’ve tested consume under 20W at full blast and less than 5W at their lowest speed, which could make a difference to your bills if you’re running the fan all summer long. You can also keep your costs low by using any timer features, which can be set to shut the fan off after a set period. We’ve even seen some fans that can regulate their speed according to the ambient temperature, or that have a sleep setting where the fan slows down gradually over the course of the night.

A growing number of fans are also coming with Wi-Fi connectivity built-in, enabling them to be used with an app for remote control or voice commands through Amazon Alexa or Google Home devices. These features don’t tend to be as sophisticated as those you’ll find in smart lighting or heating devices, but they make it easy to control a fan from across the room. 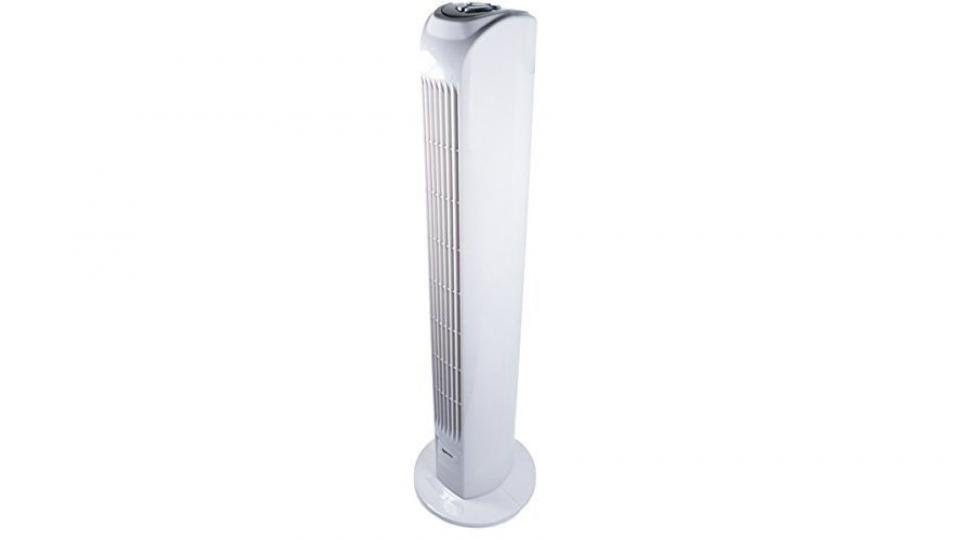 If you don’t need to cool a massive space, this 30in tall Igenix fan is something of a bargain. You can easily lug it around the house with the integrated handle, yet it puts out a decent airflow at each of its three speed settings, with an 80-degree oscillation.

This isn’t the perfect fan for sleeping – even at its lowest setting, it's far from silent – but it’s fine for cooling down a small living room or taking heat out of the bedroom before going to bed. Looking for maximum cooling for minimal cost? This is the fan for you. 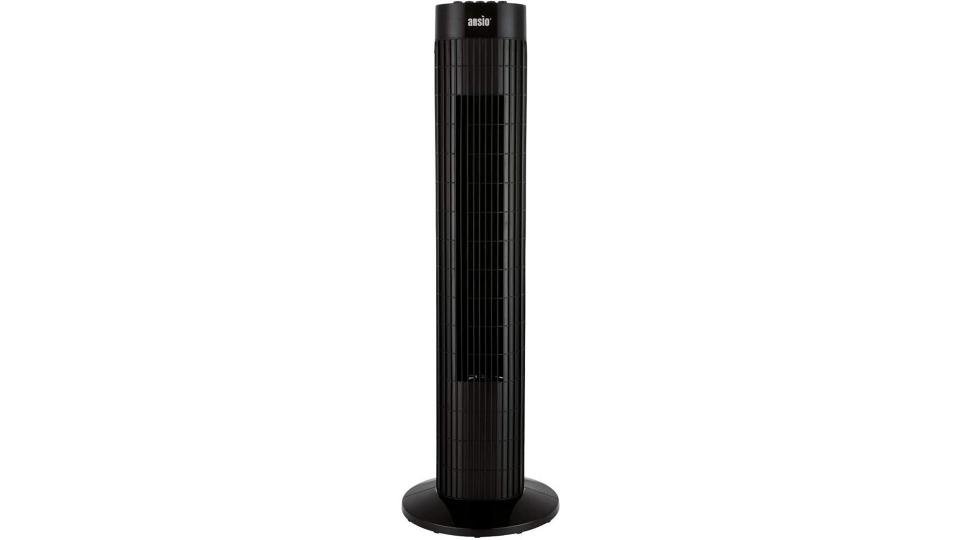 Don’t expect much in the way of modes or features, but this striking 30in tower fan has it where it counts. It’s one of the more powerful tower fans we’ve tested, with air speeds reaching 3.2m/sec from a metre away. Even at the lowest of its three speed settings we measured 2.4m/sec.

That’s a lot of cooling power, even if we’d say that the airflow is strongest relatively low to the ground. Noise levels are relatively high as well. If you struggle to sleep through the 41dB at low power, you can forget about the 49.9dB at full. Still, the old-school mechanical timer works surprisingly well, and if it’s not the most refined of fans, you’ll appreciate its icy blast as the temperature soars.